So with nothing much else to do (who am I kidding? there are plenty of Things That Need To Be Done, but I don’t wanna…), I built myself a guillotine shutter for the Pinkham and Smith Visual Quality IV No.2 lens.

Notes: a Guillotine shutter works by gravity – a blade with a slot opening drops and the film is exposed during the time the open slot is traveling down in front of the lens.

A Packard Shutter is one of the other few ways to use a shutter with these larger lens (the PS VQ IV is 3 1/2″ in diameter!) on 8×10 or larger format cameras. There are two shutter speeds on the “advanced” models of Packard shutters – an “instantaneous” speed that is usually around 1/20th of second, or B. If you are using fast film and a fast aperture, well, then you hope your film and developers have the latitude to handle over-exposure. This is where a “fast” guillotine shutter comes in handy.

The shutter speed of a guillotine shutter is determined by gravity (which we cannot change unless you have a micro-Black Hole), when the slot opening first passes the lens center, and when the back edge passes the same point. Being a geek, I input the formula in Excel so that I can get the parameters for any speed, but due to the way gravity works, realistically, only 1/8 to 1/60 are kind of doable. My first build is a 1/60th shutter, since it would be 1 1/2 stop faster than the Packard shutter and would provide good proof of concept tests.

I did a quick test comparing the two shutters, this first image used the Packard Shutter, with a speed probably between ~1/15th to 1/20th:

Nice bokeh etc. The following one (which I unfortunately missed the focus, so I will have to try again tomorrow), was taken with the guillotine shutter, at 1/60th.

Looking at the negatives, the Guillotine shutter is definitely faster than the Packard, not sure how close it is to an actual 1/60th speed, but at least now I have some flexibility. I will probably do the full set of shutter blades with 1/30, 1/15 and 1/8 speeds. I am using black matt board for the shutter so they are pretty easy to make.

One thing though, the shapes of the background blur areas between the two images are very different. The guillotine image has this sheared look with the background, probably due to the way the blade is traveling downward. The Packard shutter, on the other hand, uses a two blade “iris” system, gives a more round look to the background objects. As this does not affect the foreground subject though, so it’s not a problem.

Here are a picture of the guillotine shutter with the “exposing slot”.

To use, I just lift the blade (using the darkslide to prevent unwanted exposure of the film) and let it drop. Incredibly simple to use. If you tilt the camera, the shutter speed will be slower as the blade does not drop as fast, but then comparing to the alternative (none), it’s still better than nothing!

If there are demands, I might offer custom guillotine shutters in the future, maybe after I build a 3-D printer so I can print plastic tube of any size and length.

Summary: for long exposures or consistent 1/20th (or so) speed regardless whether tilt is used, the Packard shutter is great. Otherwise, the guillotine shutter offers more flexibility in different speeds at 1/8th or faster, and is just kind of fun to see it drops (which does shake the camera, but it would not matter as the exposure is done). 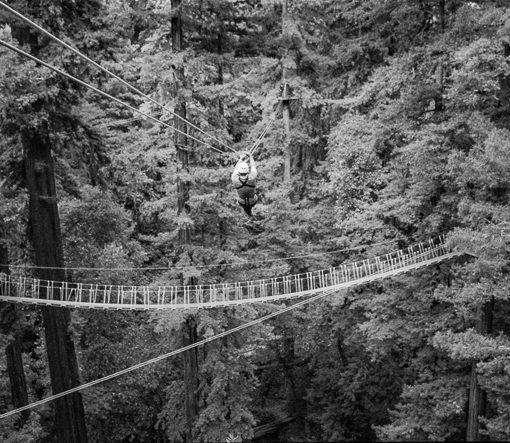 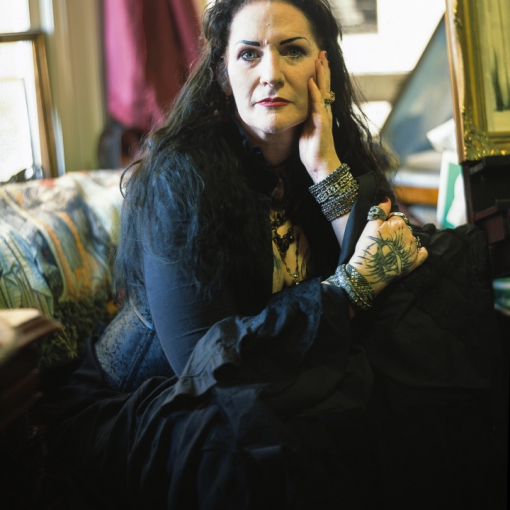